China and France have a long history and stable cooperation in nuclear energy, aviation, aerospace, automobile and other traditional areas . In recent years, with China's economic transformation and upgrading, China and Francec gradually strengthened in the future industry, silver economy and exhibition economy and other emerging areas. In order to establish the above-mentioned key industries in the Sino-French industry and financing cooperation platform, September 26-28in 2017, the Chinese Ministre of Commerce Investment Promotion Bureau Liu Dianxun led the Chinese government delegation to France. To meet the high-level delegation, the Paris Region Investment Promotion Agency and the Europe-China Investment Association jointly organized a symposium on the theme " Deepening the cooperation of key industries in China and France to build a two-way investment promotion platform ". 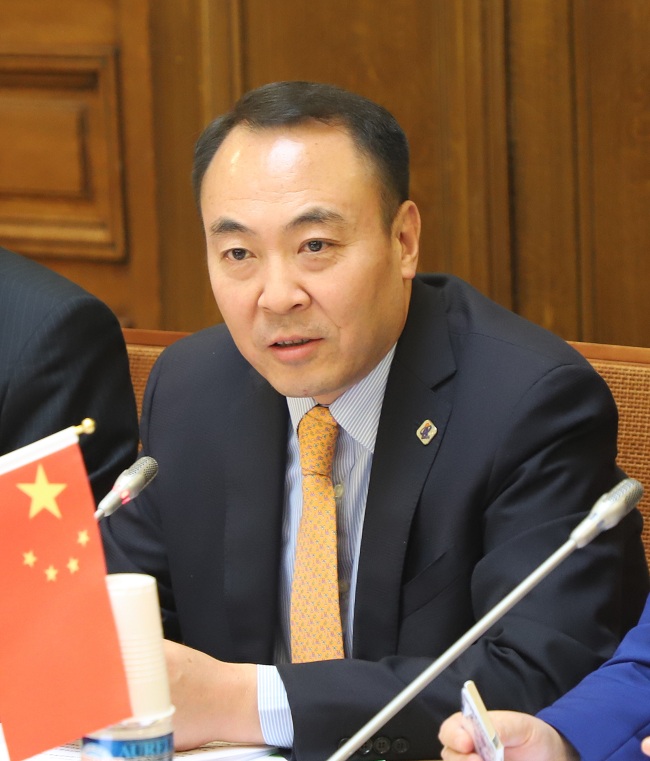 Liu Dianxundelivered a speech and he stressed that the Investment Promotion Bureau of theMinistry of Commerce, as a professional service organization for "two-wayinvestment promotion" and "two-way investment promotionplatform" hoped to establish a platform for the exchange and cooperationof key industries in the two countries. 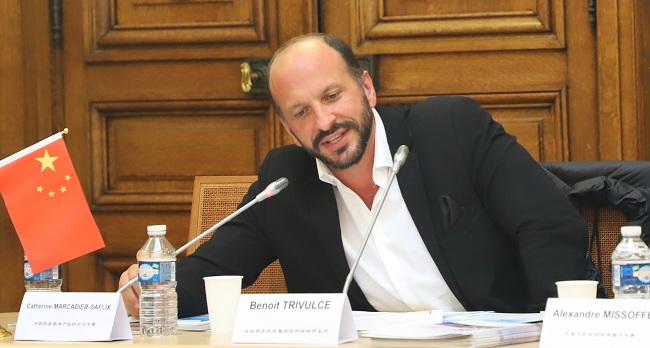 Benoit TRIVULCE gave a brief introduction of the agence and their cooperation with China. 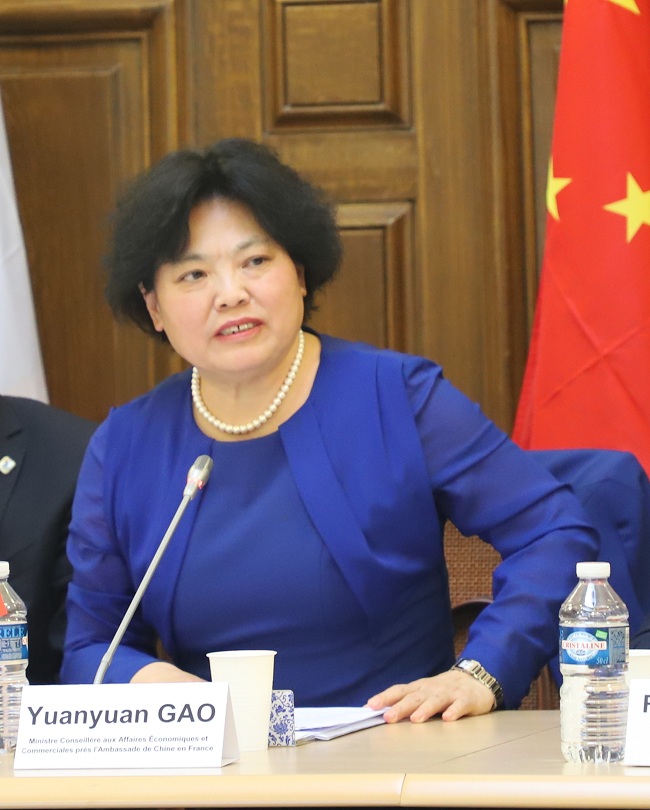 Then Gao Yuanyuan said: since the new French President Macron, Sino-French relations have enhanced the strategic level to achieve the highest level and stable development, I hope this exchange will be able to effectively promote the law in the field of tradeand investment in-depth cooperation and development.

And then the professional representatives of the two countries, respectively, introduced the two countries in the future industry, silver economy and the exhibition in the development of cooperation and future cooperation may be. Claude ARNAUD shared the future of the French industry Branch - the development of clean energy and excellent solutions. 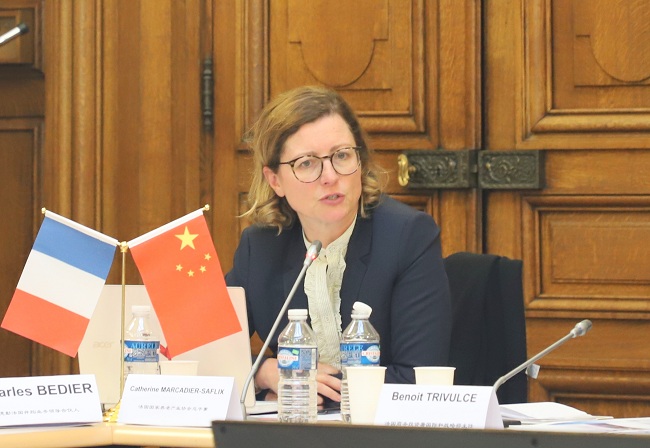 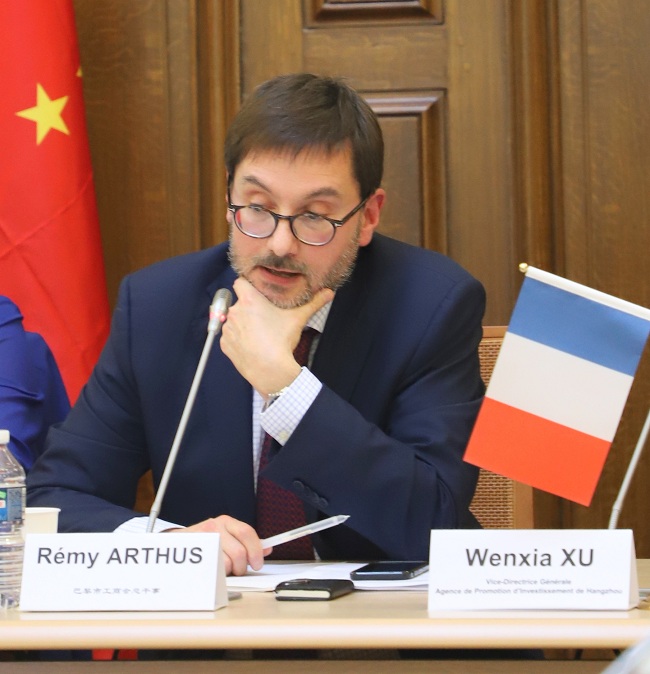 Rémy ARTHUS introduced the exhibition economy of Paris region and the important exhibitions. And Xu Wenxia recommanded the international Expo of West Lake in Hangzhou. 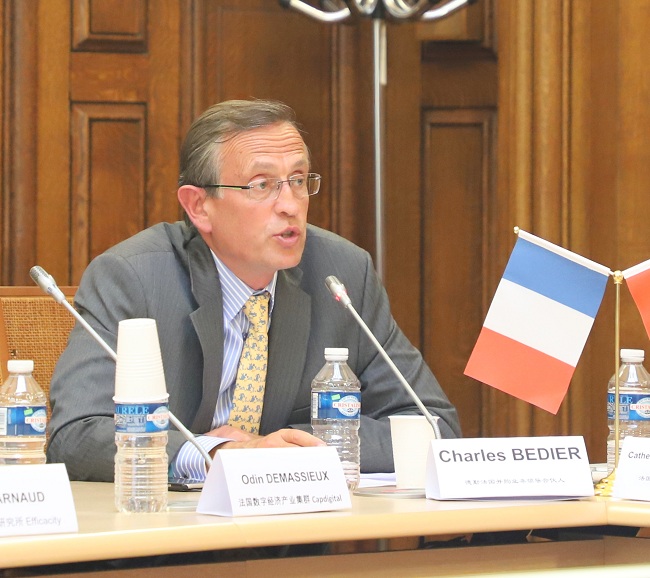 Finally, Charles BEDIER outlined the French investment policy trends and provided a reference for the establishment of investment and cooperation platforms for key industries in China and France.

After the meeting,the participants exchanged freely and the event successfully promoted the Sino-French industry in the future, silver economy and exhibition economy, explored the two market opportunities, promoted the integration and development of the twokey industries, and the joint efforts of China and France to establish and develop Sino-French investment cooperation platform have played a catalyticrole.

During the period of France, the delegation of the Investment Promotion Bureau of the Ministry of Commerce of the People's Republic of China also visited the high-end pension care institutions of theSilver Valley and EMERA pension management groups in the Silver Valley pension industry cluster in Paris, and met with Mr. Pascal BRUNELET, Chairman of the Valley Pension Group, and the fruitful talks between the two sides laid the foundation for the construction of the key industry investment promotion platform. 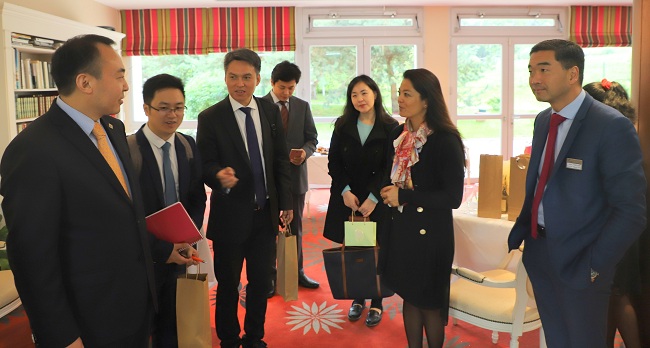 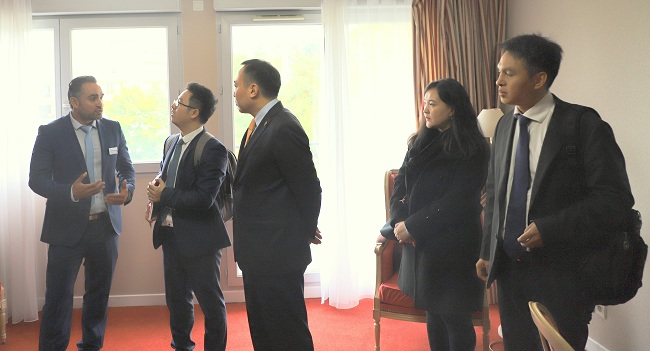 Chamber of model at EMERA